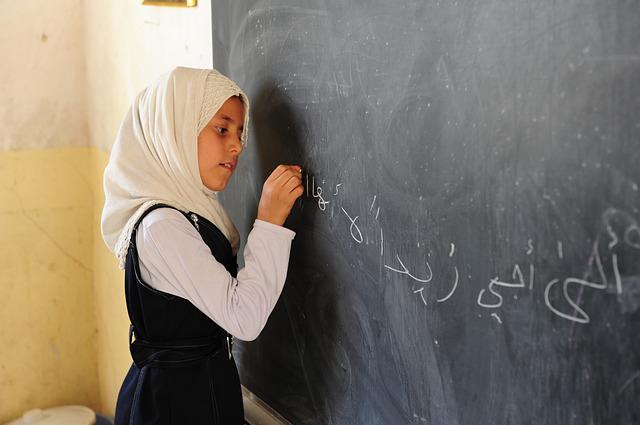 Both Jean Piaget and Lev Vygotsky theories have been very useful in understanding children's growth particularly their cognitive learning styles and general abilities at various stages. Although they differ in their explanations on children's cognitive growth and development, both give parents, educators or guardians good suggestions on how to treat and teach children in a suitable manner. Piaget proposes that the cognitive development of infants through the period when they become young adults, occurs in four consecutive stages: sensorimotor, preoperational, concrete formal operations and operations period (Woolfolk, 2004).

The sensorimotor stage: occurs when a child is born and when they are two years old.  At this stage, Piaget observed that children are in their own world, experiencing what is going on around them through the various body sensors and movements. The child then develops permanence of objects. This is the understanding that there are objects all around them, though they may not be visible at that time. At this stage children begin to understand that any action they cause results in other actions. For example they will understand that when they throw anything in their hand it will move, fly and even hit another item.

The preoperational stage is the stage between second and seventh year. They are referred as such because the child will not have mastered mental operations nor think through their actions. At this point the child’s mind is self centered. This explains why they always believe what they do is right and all those around them should share their view. Slowly they come to realize that people think differently and that there is a need to embrace the opinions of others. However this does not happen at this point. This is evidenced by the monologues children at this age bracket engage in. Even when they are in the company of other children a child at this stage will always ignore those around him/her because they are very egocentric. The skill of interaction or a conversation is not there at this point. However children at this level start learning. For instance they will begin to understand that the quantities or amount of substances remain the same though their shapes might change. Because of their inability to think backwards, that is from end to beginning of a process or a line of thought, they cannot perform a conversional problem on volume of liquids as suggested by Piaget (Woolfolk, 2004).

Between the ages of seven and eleven a child goes through the concrete operational stage.  At this stage children learn best through hands-on discovery methods. This implies that they learn best when they work with objects that they can touch and see. Teaching them theoretically at this point is not very helpful. Further argues that there are three fundamental skills that children acquire at this stage: compensation, reversibility and identity. The identity skill enables a child to understand that people or objects remain the same unless some action changes them. It is this action and the changes following it that are learned through the compensation skill. It is also possible at this stage for a child to group items based on specific characteristics or physical features.

A formal operation is the last stage of cognitive development according to Piaget. It takes place between the ages of eleven and young adulthood. He observes that not all people go through this stage. At this point children will be able to think in an abstract manner. Some children develop this skill much later in life while others may not be able to learn anything in an abstract manner because their thinking skills are not hypothetical. The hypothetical thinking skills are achieved by the development of deductive and inductive reasoning abilities. It is through these skills that a child at this stage of development will have the ability to identify factors that have led to a particular problem and as a result come up with solutions to the same. At this stage children acquire meta-cognition which enables them to reflect on their thoughts before acting.

Armed with this knowledge, Piaget believes those who have the responsibility to teach or train children should be in a position to do so better. They should for instance know that before seven years of age children cannot or learn theoretically. This will mean they make use of visual aids and be sensitive, knowing that their egocentrism will not allow them to communicate with each other or with the instructor, teacher or parent effectively.

Around the same time that Piaget was giving his view and reasoning on child development, Lev Vygotsky, another psychologist, offered an alternative theory on child development that became equally popular. Vygotsky, through his Socio-cultural Theory of Development argues that culture plays a big role in the development and growth of a child. That social interaction within a given social setting is the reason a child will think or act in a given manner. This is different from Piaget’s view that emphasis on the environment has a factor in a child’s mental development (Woolfolk, 2004).

Vygotsky further argues that through what he refers as “dialogues” children and even adults learn societal cultural values and the human activities that take place. These settings, practices and values shape human cognition. He believes that the social environment that humans are exposed to especially when they are young plays a big role in the manner in which they think or act. That it begins a social or cultural activity but as a person develops the mode of thinking becomes more and more individualized. The shared activities, according to Vygotsky, form the basis of thinking and cognition through constructed dialogues. This leads to internalization of the various activities and eventually the person or child will be able to think independently without the social cultural influences even when faced with a problem.

Vygotsky also came up with the Scaffolding principle. He suggests that when a child is given hints on how to solve a particular problem he /she is likely to perfect them and utilize them every time they are faced with a similar problem. Piaget’s view is rigid. That a child will not be able to solve any problem at particular stages in life even with the provision of the hints Vygotsky believes are helpful in a child’s ability to solve problems. Piaget’s view is that the brain develops in a systematic manner being guided by the environment and that the socio- cultural aspects only complement the natural brain developments (Woolfolk, 2004).

Language development principle is one of Vygotsky’s theories that also became very popular. He suggests that people’s language suggests the activities that take place in the community and what they value. That a child learns cognitive skills in the same way they learn language. He states for instance that if a society does a lot of fishing there will be very many terminologies in their language referring to fish or the fishing activity. Cognitive development in children therefore according to him depends on the societal value systems, culture and their language.

Both Piaget and Vygotsky differ in the way they view discovery learning. Vygotsky advocates for a lot of guided learning while Piaget thinks learning should have very limited intervention. Both of these great psychologists, though, offered educators and children handlers’ important guidelines on children’s cognitive development, although with different methodologies and approaches. Whereas Vygotsky s suggests the significance of language and culture in a child’s cognitive development, Piaget’s view is that children grow through various stages to mature. The various processes include: assimilations, transmission and accommodation, according to Piaget are important in cognitive development. The two approaches are critical in understanding cognitive development in children (Woolfolk, 2004).

The two theories are important if one has to teach children cognitive growth and development. The environmental based principles suggested by Piaget give a detailed view of how children should be treated at almost every stage of their development. The time to time guidelines offered by Piaget may be different from the society and culture based on Vygotsky's  theory, but all the principles  by both psychologists are crucial.