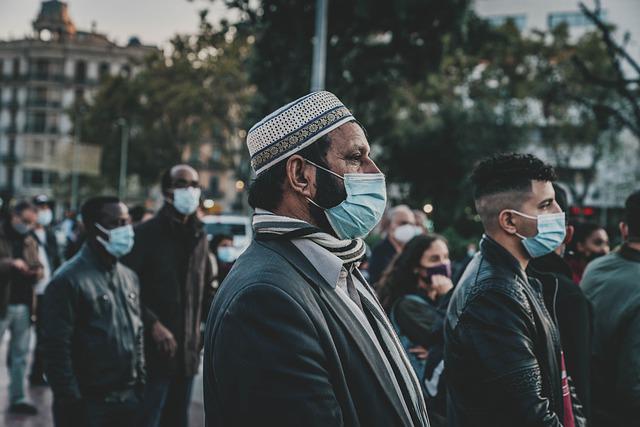 The initial meaning of this term emanated from a Latin name migration. Immigration by definition can mean the act by which a person from one country seeks a permanent residence in a foreign country. Foreigners are People inhabiting another country, not their place of birth. The current legal; frameworks in most countries have enabled possibilities of having dual citizenship hence enhancing benefits to a person's residents.

There are many reasons surrounding the motive to seek residence in a foreign country as noted in many instances. In our case in which the issue of immigration focuses on the United States, there are the major reasons why the country is receiving a high number of immigrants. According to the recent international organization for Migration (IOM) statistics, the number of immigrants across the world is 200 million. The United States is not highly resided by immigrants because Europe has the highest number of immigrants in which by 2005, the region had received more than 70 million. In the same year, North America received more than 45 million migrants and the Asian region followed closely with approximately 25.3 million immigrants. The report also indicated that Asian region had the highest number of immigrants originating from this region compared to the rest of the world.

The following discussion will highlight the major reasons leading to immigration. These reasons include economic reasons, political issues, family matters, catastrophes, and the wish to mitigate poverty level. In brief, there is an intertwining factor between the political and economic reasons in most cases as stability of political factors has enabled countries to enjoy good economic growth. Therefore, areas with political and economic growth have attracted most immigrants.  On the other hand, prevalence of natural disasters and high poverty levels have contributed to high rate of immigration as most of the affected people seek wellbeing in areas little marred with catastrophes. High rate of unemployment triggers more immigration as people run away from this problem to areas with job opportunities. However, cases of family unification have contributed less to immigration hence not a very significant issue triggering immigration.

Although The United States region is not the leading region in the number of immigrants, it is still supporting a considerable number of immigrants that have raised issues of concern on legal framework to sustain and reduce this rate. This will curb future immigration to this region as revealed by various surveys on the projected immigration toward this region. According to a 2009 Gallup survey, approximately 700 million adults had desires to seek a foreign permanent residence in which approximately 25% revealed that their desired destination for immigration was the United States. This alarming factor could contribute to future problems in the United States failure to initiate proper mitigation strategies to sustain this increasing numbers of immigrants into the region.

Fear surrounding the United States current could emanate from the poverty level striking most of the regions in the world. The current economic recession has hardly hit almost all the countries in the world and the United States is not exceptional to this problem. For some time, the United States Government in the leadership of president Barack Obama has struggled to enhance better economic standards. The citizens accuse the government for overuse of the taxpayers’ money in projects that could end up not yielding benefits to the U.S. citizens. The presence of high numbers of people intruding the region for various reasons could intrigue further problems to the country already struggling to support her citizens.

The poverty syndicates led by mostly the natural disasters and other personal factors have pushed most of the immigrants residing in the United States. As these people seek permanent residence in the United States, there is a high probability that the government will have more burdens to carry in ensuring citizens have better living standards. The main concern is that this matter is fueled by the fact that the native residents have worked hard for the country including incurring taxation from their daily work and businesses. The citizens could therefore be looking forward to seeing how these taxes can help them in return such as improvement of social amenities, especially health matters that have been a problem in the United States.

It is sad to see that both the native and the foreigners end up enjoying the benefits in which the foreigners have not worked toward achievement. Most traumatizing factor emanates from the fact that most of the immigrants have run to the United States for better lives hence they have little to offer toward improvement of the economic standards of the country. Instead, most of them constitute the labor force whose rate of taxation may be considerably low compared to the native residents. Therefore, the immigrants will end up enjoying incentives they have not worked for, such as Medicaid, and health care schemes.

However, this study put into consideration the benefits likely to be led by immigration to the United States, such as labor force, and retirees from other countries seeking better climatic regions to reside, such as the states of Florida and Texas. The labor force will help the country to run industries, factories, and offices in daily works. This will in one way or the other help the economic status of the United States to grow through enabling the raw materials to be processed and manufactured to final products so be used locally or exported to other regions. Other jobs in factories and offices have a supportive role in economic growth in the country. On the other hand, retirees from other regions such as Britain and Canada will be a boost to the economy because they come in with corresponding foreign exchange. This will significantly contribute to growth of the economy.

Therefore, the United States government should put into consideration the benefits and consequences of sustaining the high number of the immigrants inhabiting the country. The implications of the increasing immigrants will be a disastrous factor in future as the current economic status continues deteriorating and the government solicits funds to enhance its economy.  If the current situation shows no signs for improvement, the government will have to lay off some workers who in this case might be the immigrants. This will increase the number of dependents to the United States economy that may further deteriorate the economy. In addition, lack of job opportunities by the immigrants would raise the rate of crime in the cities hence creating insecurity. On the other hand, most of the citizens could suffer other problems associated with lack of stable jobs.

With economic meltdown, citizens result in poverty that in turn make most of them incapable of feeding their families, some resulting into homelessness, whereas others may suffer health implications due to mental trauma and adverse climate conditions. The cost of reversing these conditions will be even higher than mitigating the rate of immigration. The United States will have to turn to grants and Nongovernmental organizations to offer humanitarian support to their citizens. The above pathetic condition among the citizens and the government could be disgusting under any circumstance.

As much as this study is not against immigration, there should be proper legal frameworks to ensure adherence to right procedures before issuance of permanent residence to foreigners before becoming United States citizens. Enhancement of The application procedure for citizenship could ensure beneficial citizenship acquisition to the United States in the field of Professional and expertise. The re-evaluation of the current labor force could be significant in ensuring limited immigrants on an employment basis unless otherwise requested by the government.

Immigration is one of the best ways in which different areas from different areas can integrate regardless of race, ethnicity, or skin color. There are benefits and disadvantages of countries to have immigrants as elaborated in this discussion. The benefits include the availability of labor force whereas the disadvantages may include the repatriation of money to other countries, contributing less to the economic growth via taxes among others. Therefore, proper measures through legal measures are necessary to regulate the process.