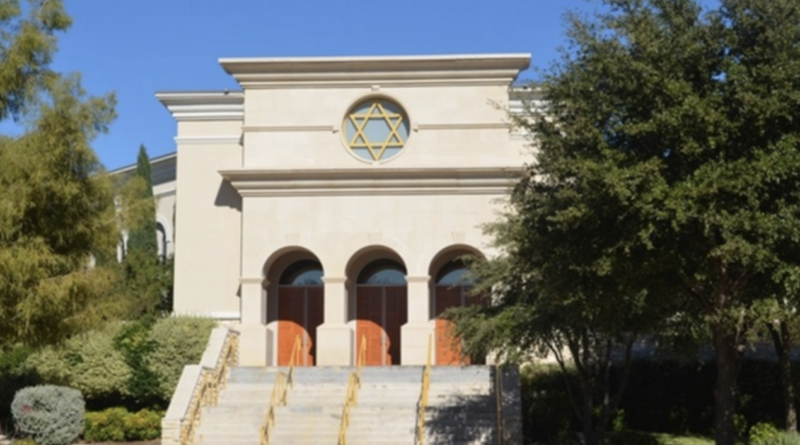 I set out to visit the messianic synagogue that is located at 6304 Beltline road in Dallas, Texas at the south west corner of Beltline and Emerald wood. The main entrance to the synagogue is comprised of three staircases that lead to three large mahogany doors. At the front of the building just above the doors is a star like inscription. The outside of the synagogue is quite scenery and one cannot wait to get inside.

Once inside, I was amazed at the orderliness of these Judaists. The seats were arranged in rows leaving enough space for one to pass. I got myself comfortable and listened to the teaching of this service called Shabbat. In between the sermon, I could not help but stroll my eyes on the many symbolic artifacts kept one a raised platform that I came to learn later that they represented the rich cultural and historical background of the messianic Judaism. One of these paintings was of the Christian equivalent of Jesus but which the Judaists fondly referred to as Yeshua the Jewish original name for Jesus. That day’s sermon was about the relevance of Yeshua in everyday’s life and I actually marveled at their mastery of their holy book, the Torah.

The program of service in this synagogue however is not too different from my native Christian religion only that they happen to be more hospitable in my honest opinion. In fact in the service for toddlers or those aged five years and below, there is a cry room for nursing babies.

I noted that the program of events is not structurally different from my usual church. Prayers precede everything. Thanks giving form the major part of their prayers. Hymns are also sung on several occasions in the service but since did not know any of the songs; I simply enjoyed the musical coordination of the hymns.

There is also a service for juniors aged between five and nine years. These children are dismissed immediately after the Torah reading to attend this service that lasts about 20 minutes. They are basically taught simple ways of coexisting with one another and showing reverence and worship to Yeshua.

The tape ministry takes about twenty minutes and is usually after the Shabbat service. I learnt that most of the teachings in the tape ministry pertain to previous sermons and are selected depending on preference or relevance. The library to the synagogue is also open for about 20 minutes after the Shabbat service. This allows the congregation to buy books or read messianic scriptural books. The ‘chevarah’ congregation, I learnt, is held at 6.00 pm, typically on the Saturday of each month.

One thing that I noted about the messianic congregants is that they are very welcoming and in fact others offer to drop you at your house if you do not have a car. They also encouraged one to read the scripture and understand the foundations of their faith and probably join them if I was interested. One of them even promised to follow up on my progress.

I could not however leave the synagogue without knowing the history and foundations of the Messianic Judaism. I approached one of the leaders and quickly explained that I was doing some research on his religion and he was very enthusiastic about giving me all the information. One thing that I must mention is that the Judaists are very good masters of their scriptures and history.

I learnt that messianic Judaism is actually not a new religion like it’s commonly understood. It started a long time actually during the biblical times but it only received recognition during the rebirth of modern Israel that led people to review the scriptures, compare the teachings of torah and the prophetic claims of the New Testament. People came to believe that Jesus is the messiah of the Israelites. I was actually amazed to learn that the Pharisees, the Sadducees and the Herodians were all sects of Judaism.

Messianic Judaism however is believed to have originated from the Nazarenes who followed the teachings of Jesus of Nazareth. This religion started in the early 20th century but its followership increased tremendously around the 60’s and 70’s. I learnt that there approximately 300 messianic synagogues in the United States and at least 150 of these synagogues in Israel. The distinguishing feature of this religion from the Christian faith is that they have retained the Jewish name Yeshua to preserve their identity and they are actually still celebrating the biblical Jewish feasts, teach from the torah, meet on Sabbath and even eat unleavened bread that was supposedly eaten by the Israelites in Egypt.

Generally, my visit at the synagogue was quite educative. I got to learn so much about the messianic Judaism and the foundations of their faith. The most amazing thing I learnt about this religion is the striking resemblance to Christianity. It’s based on the following basic foundations that are similar to Christianity;

Generally, my visit to the synagogue was such a great learning experience and it served to demystify the myths that I had held for so long about the messianic Judaism.